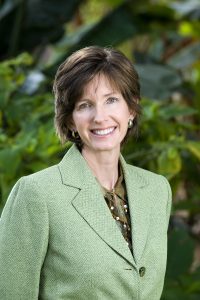 Prior to her work at PLNU, Mitchell was the development director for the San Diego Crew Classic, and the community relations director for the group that brought the Olympic Training Center to Chula Vista.

Mitchell graduated from Santa Clara University and completed her masters in Leadership and Nonprofit Management with University of San Diego. She earned her Certified Fund Raising Executive (CFRE) status in 2010.

Mitchell learned to row through ZLAC Rowing Club and won the National Championships in the Junior Women’s eight as the coxswain. She rowed lightweight for San Diego State earning a national medal in the women’s flyweight four and becoming part of a select group who has won national medals as both a coxswain and a rower. She transferred to Santa Clara University and coxswained for the men’s team.  Earlier this spring she was inducted into Santa Clara University’s Athletic Hall of Fame.

Mitchell was a member of two National Teams and two Olympic teams all as a coxswain for the women’s quadruple sculls. For her selection on the 1980 Olympic boycotted team, she was awarded a Congressional Gold Medal.  She went on to become the Captain of the 1984 Olympic Women’s Rowing Team and won a silver medal at the venue at Lake Casitas.

She has been Chair of the Ethics Committee on the board for US Rowing, a manager for the World University Games, Area Director for Southern California Olympians, a member of ZLAC Rowing Club, and currently serves on the board of the Point Loma Association and San Diego Olympians & Paralympians. On a regular basis, Mitchell plays tennis at PLNU and enjoys golf. She lives in Loma Portal with her husband, Jerry and has two college age sons.