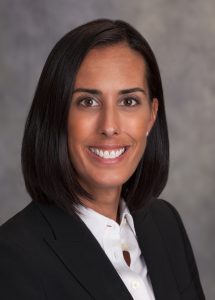 Erin Shean has more than 10 years of experience in sales and management and has a true love for building and cultivating relationships. She exclusively specializes in occupier representation with a focus on the action sports industry in the San Diego market.

As a member of the 2000 US Olympic Track Team and 2001-2003 & 2006 U.S.A. Volleyball National Team, Mrs. Shean is a natural leader.  Prior to her position at CBRE, Mrs. Shean was the Founder and President of 323 Management, a sports management company where she focused on negotiating contracts, procuring sponsorships and placing athletes to professional teams overseas.  In addition to sports management, Mrs. Shean spent a combined three years in the medical device industry where she managed the San Diego/Desert territory for Stryker Orthopaedics and the Southern California territory for InMode Aesthetics.

Mrs. Shean comes from a family with strong ties to the real estate industry in Dallas, Texas.  Her father, John Aldrich, is the founder of The Aldrich Group, and her brother, Steve Aldrich, is the Vice President of Hillwood Development.  While training for the 2004 Olympics, Mrs. Shean supplemented her time working as a Sales and Marketing Assistant for Primera Companies, an office and industrial real estate development firm.